I was at Beveridge Reef for 10 days, initially by choice and later waiting for a good weather window to make my way to Niue.  While I was there only one other boat came into the reef, they stayed one night and left the next morning, a day before I left.  Beveridge Reef is something like 130nm SE of Niue.  Its truly out in the middle of nowhere.  I can't imagine a more remote anchorage.

From what I understand, Beveridge reef is an atoll in the early stages of formation.  At this point, it has a reef, however the reef is submerged by several feed at high tide and just barely out of the water at low tide.  This means that at high tide there is no land visible 'as far as the eye can see.'  Its a study in blue with a little white and grey from the clouds thrown in.  Look out in any direction and you see beautiful blue water.  Look up and there was, on most days, a beautiful blue sky.  Blue blue blue.  The phrase 'bright blue' is completely appropriate there.  The bright sunshine enters the water and then reflects off the white sand beneath and comes back up.  Any surface which was facing down toward the water was colored by the waters reflection with a blue tint.  I would look up at my mast and spreaders to see them colored blue.  Bright blue water indeed.  It really is the most amazing place. 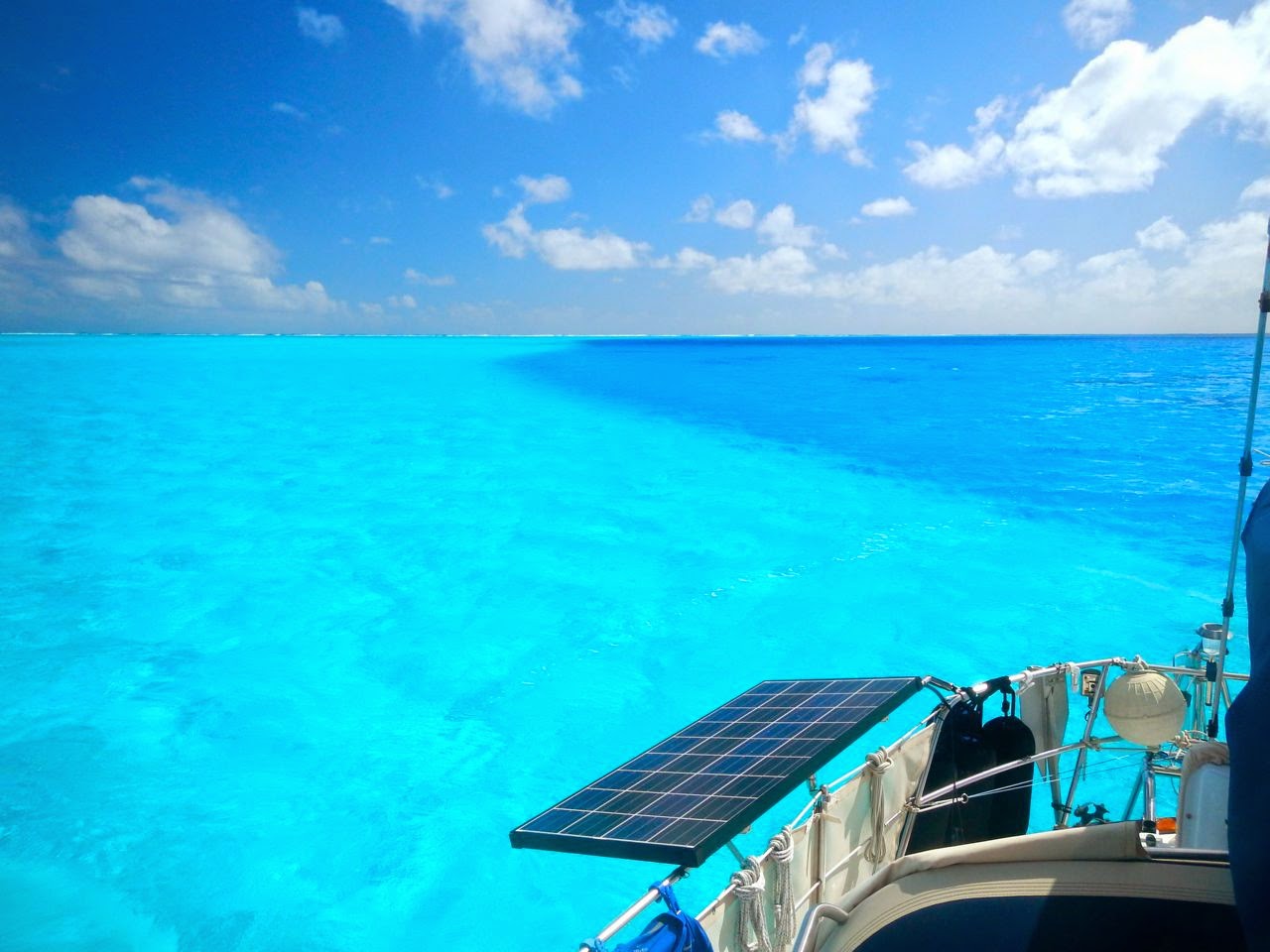 The reef has an inner sand shelf, which where I was, was 0.5 mile wide.  The area I explored seemed to be a pretty constant depth, 13.5 feet deep at  high tide and 9.5 feet at low tide.  Its pure sand, no coral at all, sand everywhere.  The shelf ends pretty abruptly, the shelf goes from 13.5 feet to 25 within 10 or 15 feet, and then that depth goes down to around 35 to 40 across the middle of the reef.  In the deeper section there is coral and some fish life, I didn't see very many fish around the shelf at all.  I did see a few sharks - and to my surprise, I got a little freaked out by them again.  I thought that after being surrounded by sharks in Moorea that I would have gotten over the whole 'scared of sharks' thing, but clearly that isn't true.  Being able to see a shark 100' away in the water is pretty astounding, but seeing it look over at you and then come over to explore registers on my 'a little bit freaky' meter.  I'm sure its fine, I just need some more quality time with them I guess.

Oh, and the water visibility here is astounding.  As the water is completely exchanged twice a day with fresh ocean water, I don't know how it could be any clearer.  I didn't see any organic life in the water at all.  In the Tuamotus I found that the water clarity was the best where there was a tidal inflow of water from across the reef into the atoll.  Well at Beveridge, you have the tidal inflow across the entire reef and at high tide there is a steady inflowing current.  In fact, swimming at high tide can be a little challenging - to swim upstream to my anchor at high tide I needed my flippers.  The point of the current being that the water is entirely fresh from the ocean and visibility is way over 100 feet.  Maybe 200? 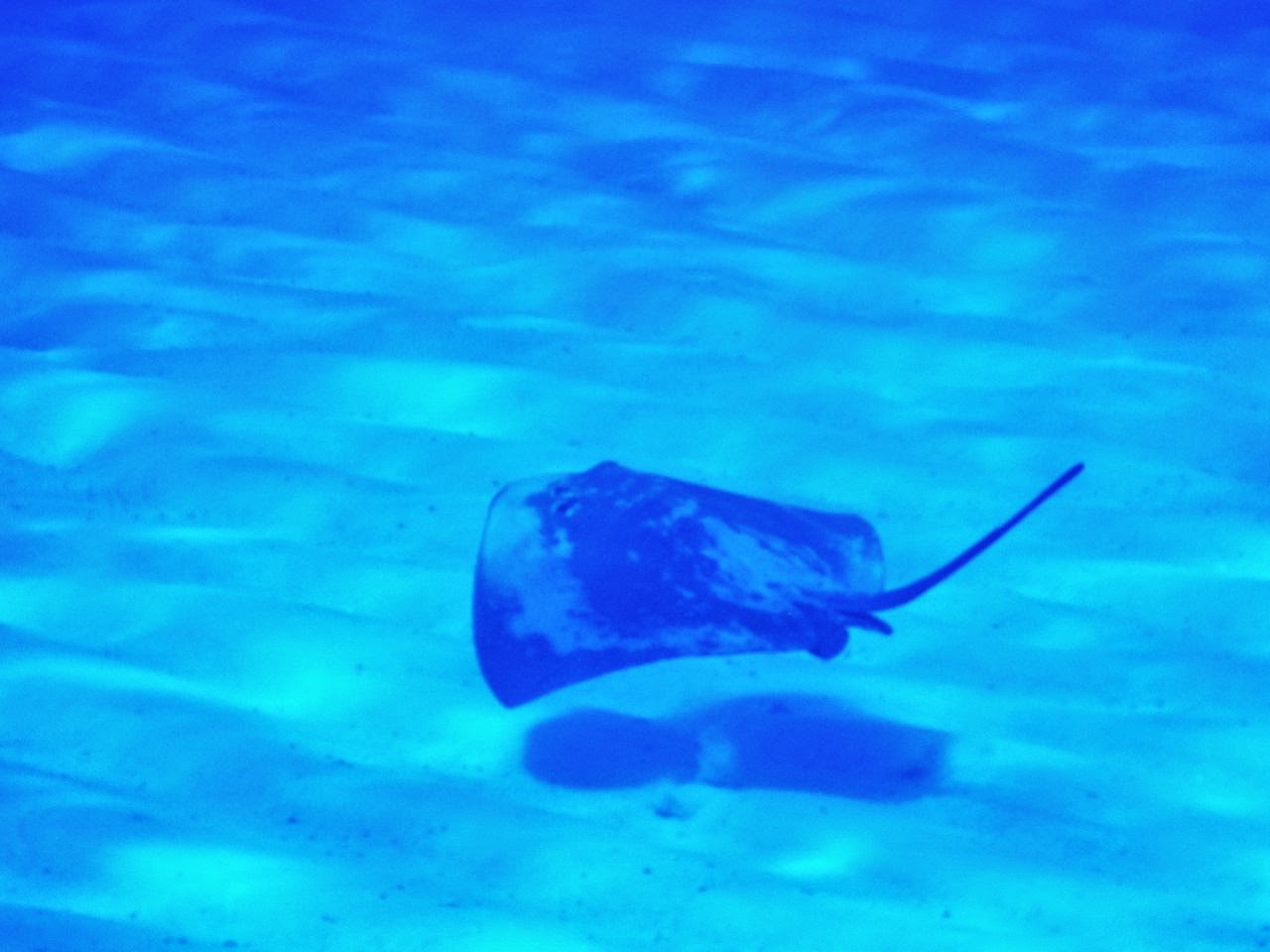 I also saw a few Sting Ray's, and still think they're the cutest things ever, aside from dolphins of course.  Although these ones seem to hold their stinger in the Ready position, perhaps a little more wild than those in Moorea.

With the surroundings being so uniform - blue sky, multiple hues of blue in the water, white sand - my eye was drawn to anything that looked like it didn't belong, some contrast.  In this case, the only real contrast are the few critters, Luckness and the chain and anchor.  I was diving the anchor daily, partly as something to do, partly as its a good practice to check your anchor out. 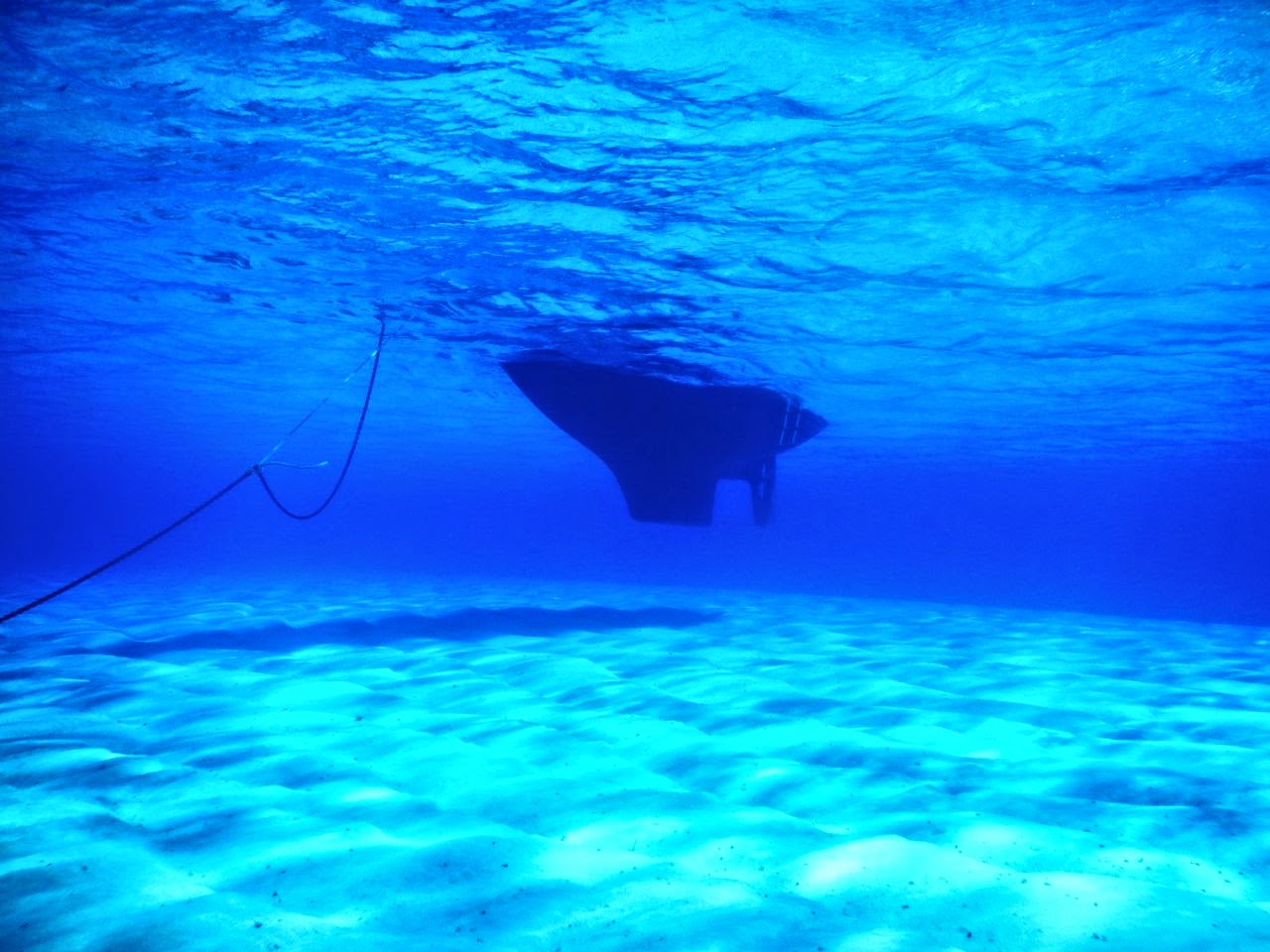 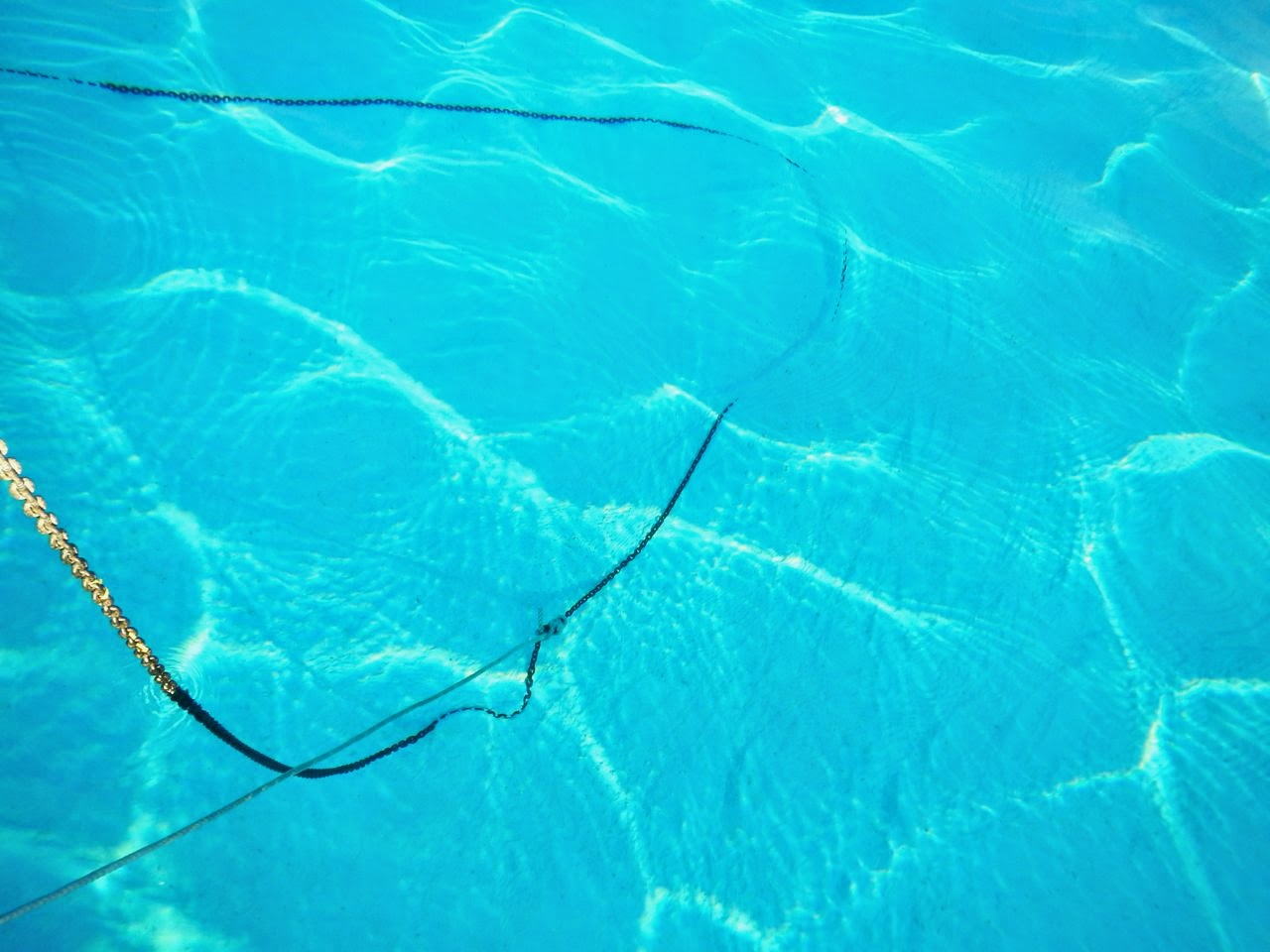 My Rocna was deeply buried here, which is very good to see.

The day here is broken pretty cleanly into thirds: something like 1/3 of the time the wave actions is so chaotic that it becomes an endurance contest to last through it, with the boat moving semi-randomly and suddenly in all different directions, pitching and rolling like crazy; then 1/3 not quite that extreme, but where you still need to be careful moving around; and 1/3, if the wind is semi-calm, of being anchored in a pond.  I loved this last 1/3 greatly, the first two, not so much. The tides control the waves.  At high tide the swell from outside the reef doesn't come in, but it breaks on the submerged reef and you end up with smaller waves coming at you from every direction.  Rather than a regular wave pattern approaching you, you get very chaotic waves which seem to spring up out of nowhere and then subside again.  Its a little wild.

It rained one day, which was good as I was getting due to start replenishing my water tank.  My rear tank was still full at this point, my forward tank had a little more than a 1/2 tank left.  The rain was forecast and came on schedule. 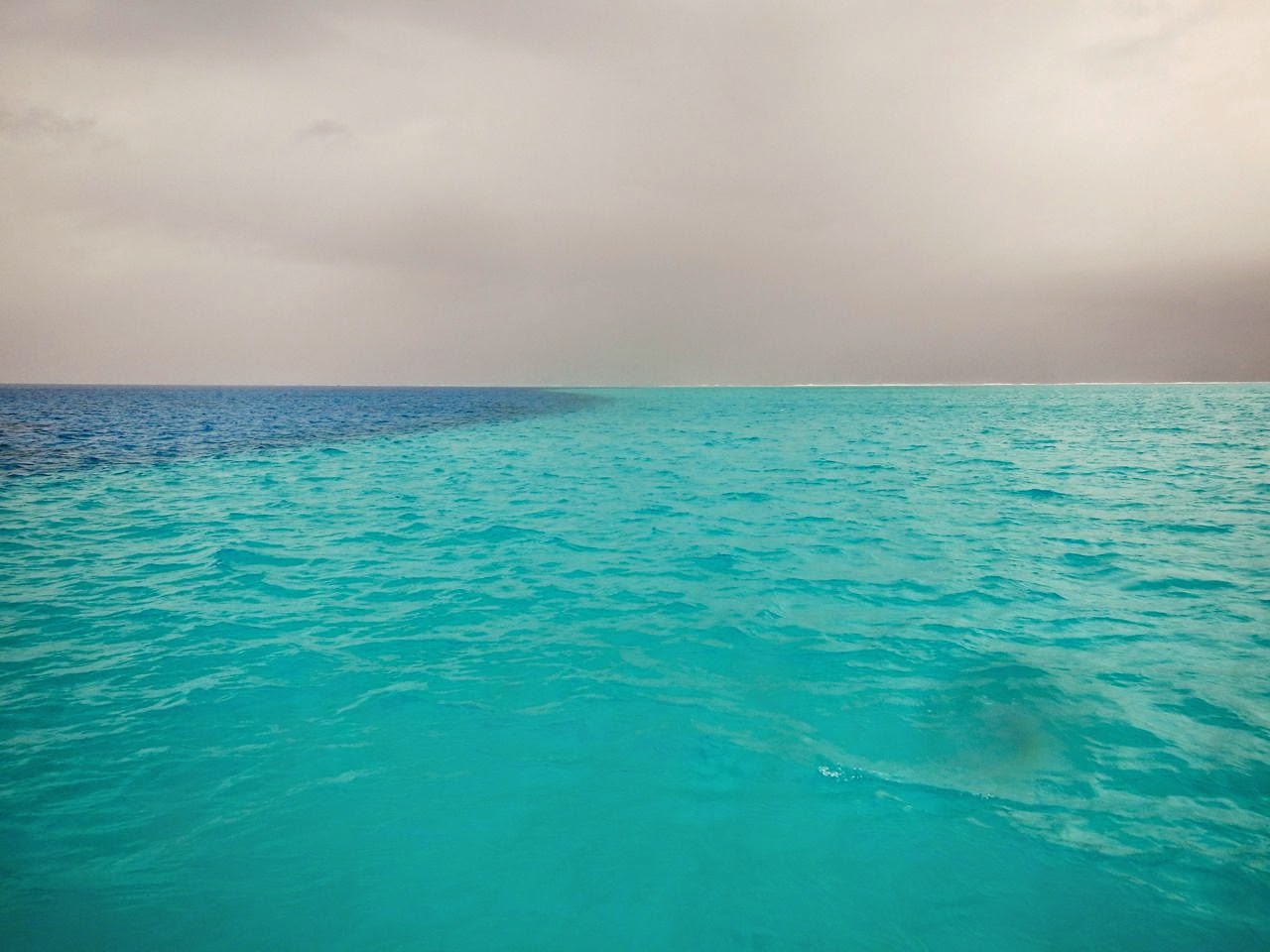 Sometimes when it rains it passes quickly.  When the rain started Luckness was covered in salt, as the previous rain I had was in Moorea, before Bora Bora and before all that sailing - lots of salt buildup everywhere.  So I went around with a rag trying to wash the salt off Luckness as quickly as possible so that I could gather clean rainwater for the tanks.  But then the rain started coming heavier, and heavier - I stopped trying to clean the boat myself and let the rain take over that task.  It became torrential, I haven't been in such heavy rain, either for a long time, but perhaps ever.  It was pretty amazing.  I plugged the scuppers on both sides - I plugged the port side, then walked over to starboard and plugged that side, and by the time I walked back to the port side the side deck was almost full of water.  I tasted the water and it was a bit brackish, so I drained the side deck, and replugged.  I then repeated that on the other side, and by the time I came back to the port side it was full of water again.  I repeated this a few times, then the water was clean and I started gathering.  If both of my tanks had been empty I could have filled them both.  As it was, I put 18 gallons in my forward tank, filled the 5 gallon jug up and that was all I needed.  The rain didn't slow down for a while.

After the rain arrived, on schedule, I was ready to head off to Niue, but by then the weather started to become uncooperative.  It was forecast to be from the west by the time I got to Niue, which would be uncomfortable as that mooring field is fully open to the west.  So I waited at Beveridge for a few days. 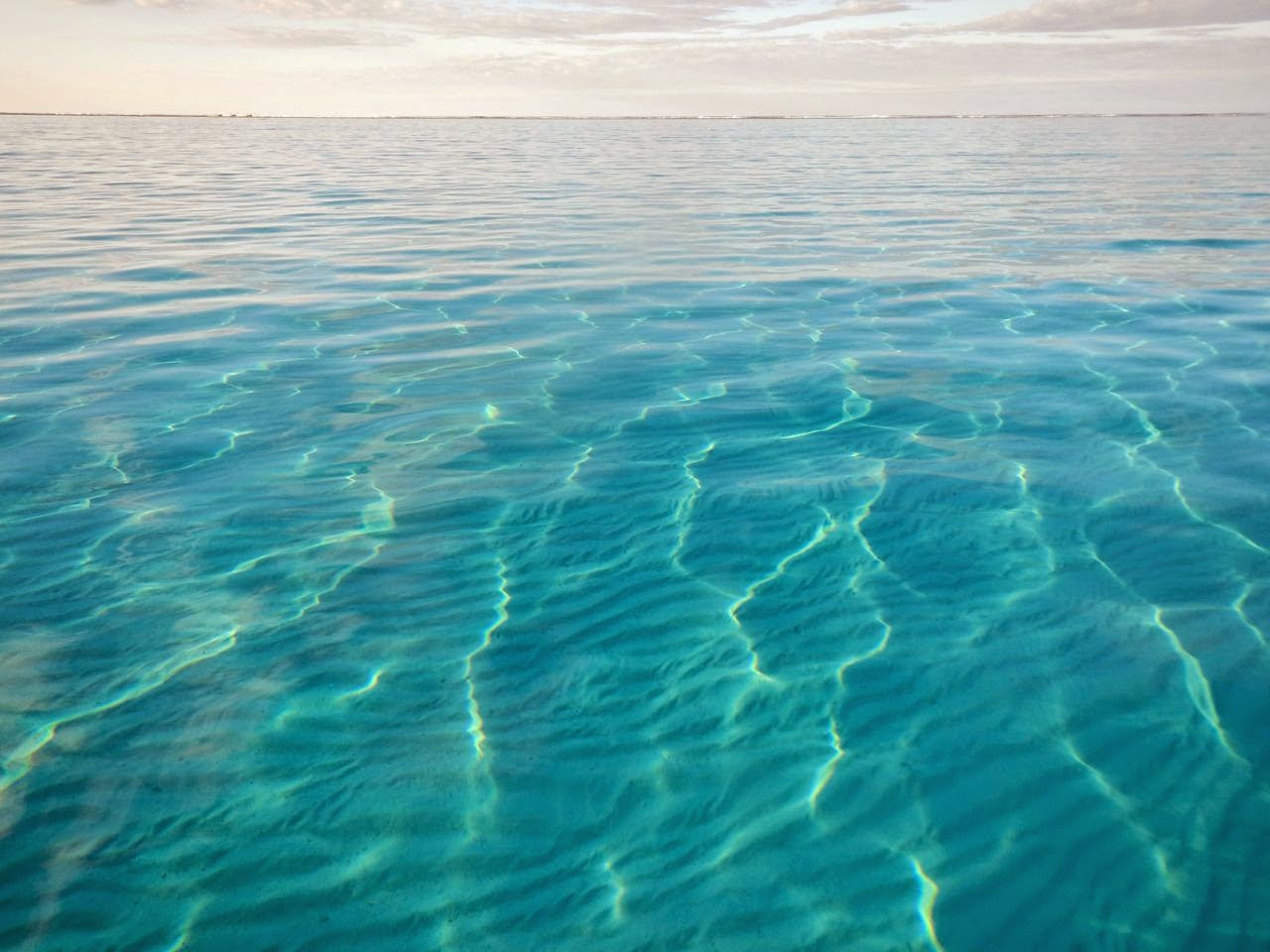 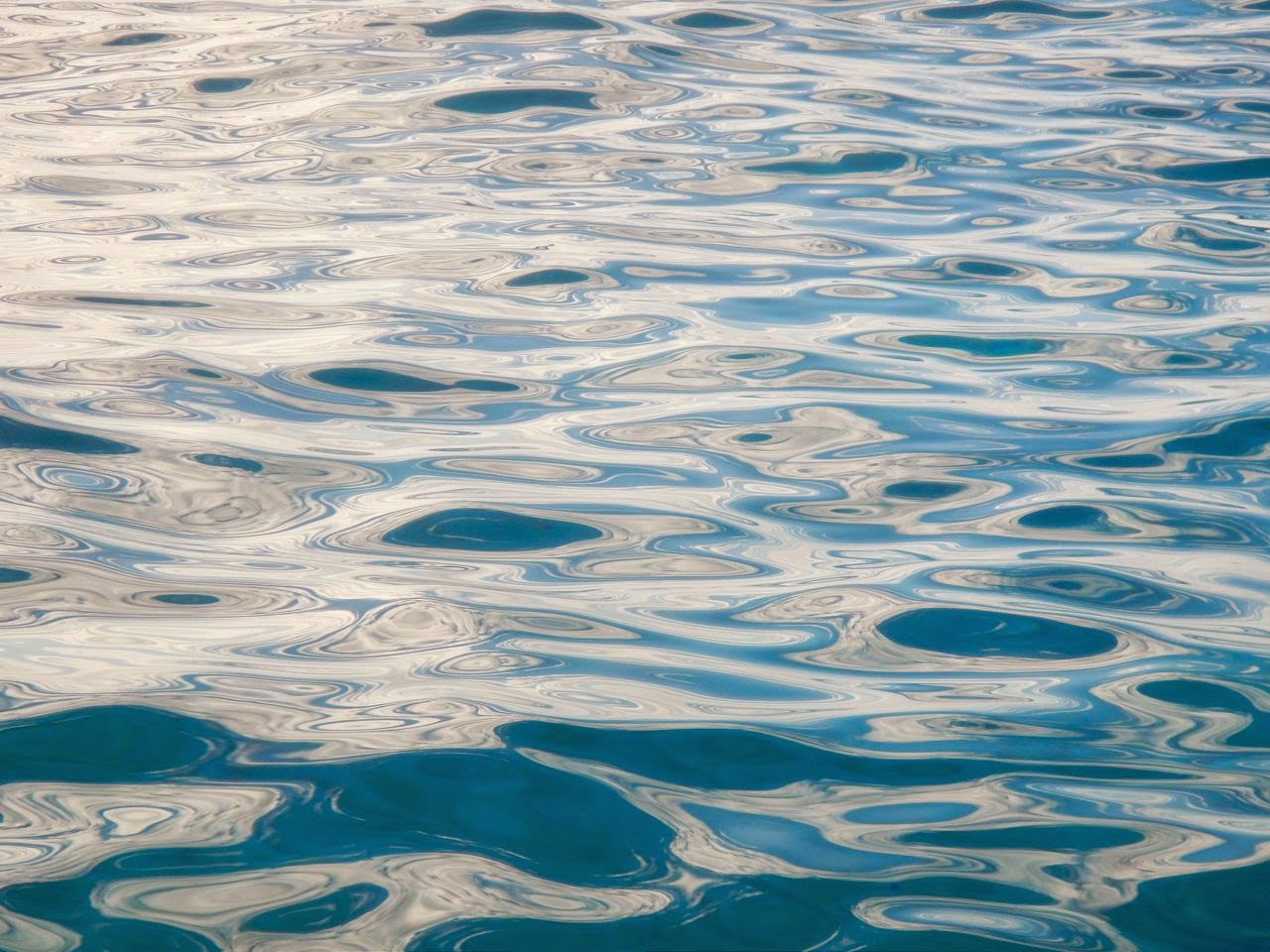 Eventually the wind backed around, N, NW, W, SW, S.  By the time it started getting some east in the direction I took off for Niue.

I really liked my stay at Beveridge.  However, I would suggest to any others that come this way - bring a hobby that you enjoy with you!  Some swimming every day is essential, and fun, but after a little while you've done that.  You can look at the scenery for a while, but it doesn't change all that much.  Its astounding scenery, and I can stare at it for quite some time, but not all day.  You could read for a while, but not all day, or at least, I can't.  There are boat chores you can work on, but 2/3's of the day the boat is moving so much that working on her you could put yourself at risk.

I spent much of my time here working on a little software project I had put off for a while.  It was really satisfying to get back into it.  Between the sun and wind, I had more power here than I needed, so leaving my computer on for long periods wasn't an issue.  So my advice to all of you - become competent software developers!  You'll always have something engaging you can work on.

If any other cruisers want to visit the reef, note that my CMAP e-charts were over three miles off in this area.  I used the cruising guide written by Mr. John called The Dangerous Middle.  It has a hand drawn chart of the reef which appears to be accurate.  The pass is where it shows on the chart, and I anchored in the SE corner, which is accurate from the chart.  Anchoring here isn't a problem, the sand shelf is enormous and provides good holding.

I'm currently on a mooring at Niue.  Niue is awesome!  Among  many other good things, which I'll talk about later, they speak english here, which is a much greater relief to me than I should admit.  What type of world traveler am I if I can't get along easily in a non-english speaking area of the world?  I have no answer for that…but its so nice to be able to talk about things with the locals again, beyond 'good place!', 'nice day!', and other such banalities that I relied on in French Polynesia. 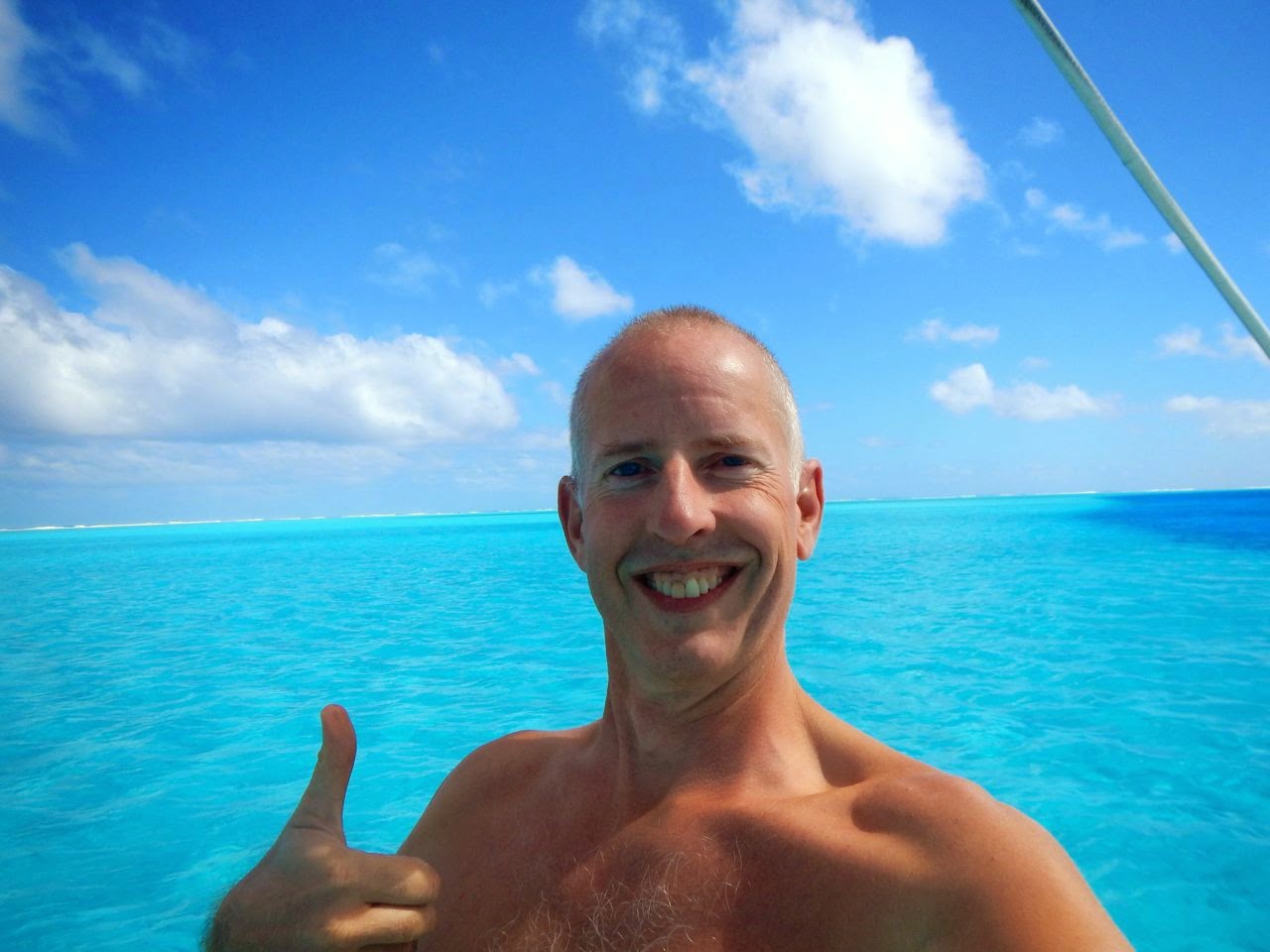 All is well here!

Posted by Craig McPheeters at 2:48 AM

Comments
To receive e-mail notification of new posts to this blog, add your email address to the box above. The e-mail is sent by Google and contains a link to allow you to easily unsubscribe.
If you need a RSS/Atom news reader on the Mac to make reading blogs such as this one easier, consider using the app I wrote. Its called LuckNews, available on the Apple App store now.